The Complexity of Simplicity 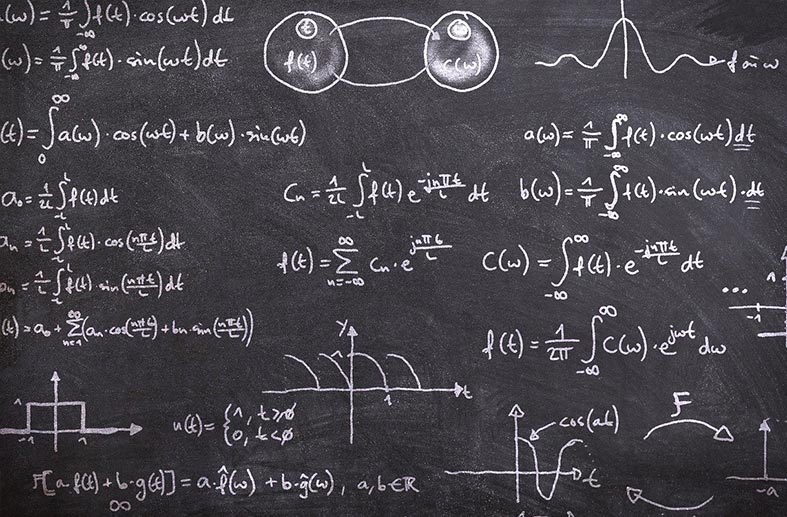 I sometimes wonder how many people have heard of John von Neumann.1. No, he is not a sports legend or something along those lines. John von Neumann was a child prodigy who became one of the most important and prolific mathematicians of the 20th century with major contributions to many different fields. At the age of 6 he was exchanging jokes with his father in classical Greek (who didn't?) and he used to entertain guests by memorizing pages from a phone book, and then answer any question about it.2 As a mathematician he helped solve problems in set theory which then became the foundation of most of mathematics, formulated the first rigorous mathematical framework of quantum mechanics, founded the field of game theory as a mathematical discipline, worked on critical parts of the atomic bomb developed during the Manhattan project, and was a founding figure in computing including the invention of the von Neumann computer architecture that is still in use today. And this is just a few of the things he has done.

The reason I'm bringing him up is that there's a funny anecdote about him that is relevant, but first a little detour. There is a famous puzzle where two bicyclists, let's say A and B, are some distance away from each other and then start bicycling toward each other (sometimes trains are used). At the same time, a fly starting at A is headed towards B and once it reaches B, it turns around and flies back to A and then the same process is repeated until A and B reach each other. Let's assume A and B are 60 miles apart and travel at 15 miles/hour, and the fly travels at 25 miles/hour. The question is how far will the fly have traveled when the bicyclists reach each other.

Let's solve this. We can start with calculating when the fly reaches bicyclist B for the first time. We get the equation 25*t=60-15*t, where we can solve for t to see how long this takes. This turns out to be 1.5 hours, which implies that the fly has traveled 37.5 miles. However, the fly reverses direction when reaching B and flies back to A, but A has obviously moved in the meantime which makes things a bit more complicated. Regardless, we can repeat a similar procedure to get the distance the fly traveled from B to A. And then again from A to B, B to A, etc. All this comes down to the summation of an infinite series that will give you the correct answer. I'll wait a few minutes so that you can complete your calculations, but once you are done you will probably agree with me that this is rather complex and not very simple.

BUT there is a much simpler solution. We can calculate how long it takes for the two bicyclists to meet, which is two hours, and this means the fly will travel 50 miles.

When the puzzle was presented to von Neumann, he instantly responded with the correct answer. The person who posed the question, rather disappointed of course, mentioned to von Neumann that he must have known about the trick, to which he responded: "What trick? All I did was sum the geometric series."

At Othot we do not only want to solve complex data science problems but, perhaps equally important, we want to present simple and understandable solutions that do not require an intellect like von Neumann's to grasp.

This means that a lot of the data science work we do is not directly visible. We apply many machine learning algorithms, parameter settings, preprocessing steps, etc. to find the best possible solutions to our customers' problems. A lot of this is achieved through automation, which keeps things simple and manageable. Of course, the actual predictions are accessible to the customer, as well as an explanation of what factors contributed to a given prediction. There is also an important and useful feature that answers what-if questions (e.g., what happens to the probability of enrollment if we offer more financial aid to this student). Finally, we have many exciting new features scheduled, for example, one that we are currently focused on is automatically optimizing financial aid allocation for admitted students under certain constraints.

Another area where complexity is usually rampant, budgets exceeded, and deadlines missed is software. I suspect this is why there are so few platform solutions and so many consultants, simply because it is too difficult. (As a side note, the first version of our platform was completed on time and on budget; ask for a demo now.) I only want to mention this briefly here, but software development is unlike any other field as is so famously documented in the Mythical Man-Month by Fred Brooks. For example, it presents the counter-intuitive notion that adding manpower to a late software project will make it only later (this is because additional people need to learn nontrivial code and will make mistakes, as well as the fact that the number of possible communication channels doubles with each person added) and another important point is that there is no silver bullet to software development (simplicity certainly helps). Despite the complexities of developing a software platform, the benefits of a platform over a consultant are many: it does not get tired no matter how many questions you ask, gives instant results in most cases, allows for experimentation, does not charge for every little query you would like to run, and much more. We continuously improve our platform to provide actionable insights that are understandable, straightforward, and simple with the idea that, as Leonardo da Vinci so nicely put it.3 simplicity is the ultimate sophistication!

Sources:
1 https://en.wikipedia.org/wiki/John_von_Neumann
2 http://www-history.mcs.st-and.ac.uk/Biographies/Von_Neumann.html
3 It is usually attributed to Leonardo da Vinci, but this may be incorrect.